The Greek Writers who Influenced the Oriental World 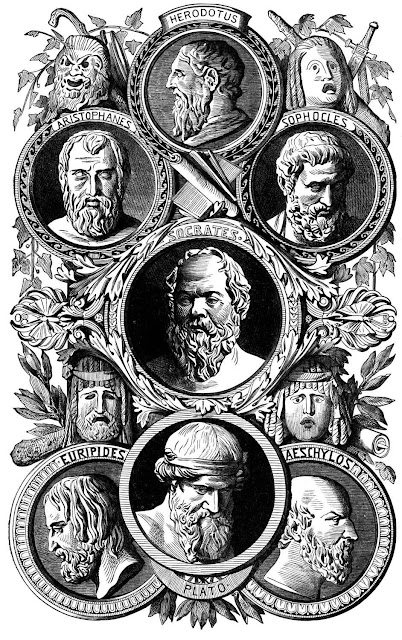 The Greek writers who influenced the oriental world were not the poets ,historians, or orators, but exclusively the scientists who wrote on medicine, astronomy,mathematics, and philosophy, the type of scientific thought which does not always come foremost when we speak about classical literature. In the days when the Arabs inherited the culture of ancient Greece, Greek thought was chiefly interested in science, Athens was replaced by Alexandria, and Hellenism had an entirely “modem “outlook. This was an attitude with which Alexandria and its scholars were directly connected, but it was by no means confined toAlexandria. It was a logical outcome of the influence of Aristotle who before all else was a patient observer of nature, and was in fact the founder of modern science. It had its germs in older thought, no doubt, in the speculations of quite early philosophers about the origin and world and its inhabitants, animals as well as men, but it was Aristotle who introduced what may be called the scientific method.In entering upon this inquiry it may be premised that there are at least three threads very closely interwoven.

In the first place there are Greek scientific writers whose books were translated into Arabic, studied by Arab scholars, and made the subject of commentaries and summaries: in such cases the line of transmission is clear. Then there are conclusions and scientific principles assumed and developed by Arabic writers who do not say whence they were derived, but which can only be explained by reference to a Greek (Alexandrian) source. Yet again, there are questions and problems raised which the Arabs dealt with in their own way, but which never would have occurred to them unless they had been suggested by earlier Greek thinkers who hadtried to solve similar difficulties, but approached their solution in a different way.Greek scientific thought had been in the world for a long time before it reached the Arabs, and during that period it had already spread abroad in various directions. So it is not surprising that it reached the Arabs by more than one route. It came first and in the plainest line through Christian Syriac writers, scholars, and scientists. Then the Arabs applied themselves directly to the original Greek sources and learned over again all they had already learned, correcting andv erifying their earlier knowledge. Then there came a second channel of transmission in directly through India, mathematical and astronomical work, all a good deal developed by Indian scholars, but certainly developed from material obtained from Alexandria in the first place.This material had passed to India by the sea route which connected Alexandria with north-west India.

Then there was also another line of passage through India which seems to have had its beginning in the Greek kingdom of Bactria, one of the Asiatic states founded by Alexander theGreat, and a land route long kept open between the Greek world and Central Asia, especiallywith the city of Marw, and this perhaps connects with a Buddhist medium which at one time promoted intercourse between east and west, though Buddhism as a religion was withdrawingto the Far East when the Arabs reached Central Asia. Further, there were some scattered minor sources, unfortunately little known, such as the city of Harran, an obstinately pagan Greek colony planted in the middle of a Christian area, which probably made its contribution, thoughon a smaller scale.The term "Arabs”must be taken in a broad sense. It is not here used strictly to denote those of Arab blood, but includes all those who were politically under Arab rule, who used the Arabiclanguage and followed the religion of the Arabs. Some, like the Persians under the early'Abbasids in the eighth century, were very definitely anti-Arab, but they lived under Arab rule,wrote in Arabic, and at least professed to follow the religion of Muhammad. Such being thecase, they and their Arab rulers shared a common life which coloured their literature, education,and interests generally; even though Persian literature and religion diverged in its owndirection, it moved from an Arabic starting-point. Neither culture nor language run on lines precisely identical with race. Conquest, superior civilization, economic needs have oftencaused communities to adopt new languages and new cultures. Yet there was sufficientcoherence in the community gathered under the rule of the KhaHf to justify its being treated asa unit, even though not all its members recognized the same khalifi The 'Umayyads in Andalustook their cue from the rinces ruling in Baghdad. The schismatic Shi'ites agreed with theorthodox Sunnis that their leader on earth should be the heir of the Prophet Muhammad, thoughthey differed as to the individual who was the lawful heir. The no less heretical Kharijites had akhaff of their owm, freely elected on a democratic basis, but so elected because it was believedthat this best followed Muhanunad's precedent.

More important than political, racial or religious unity is the fact that those here classed asArabs shared the same cultural history and all participated in the scientific heritage derivedfrom the Hellenistic world. At first the city of Baghdad was the distributing centre where Greek material was brought together from different parts, Syria, Bactria, India, Persia, and other, andfrom Baghdad this material spread out in an Arabic form to all those social groups which wereheld together by the religion of Islam. Later on, when political and economic disturbanceschecked the cultural life of Baghdad and the empire of the khalifs began a process of devolution, or disintegration, very siriiilar to that experienced by the empire of the Karlings inthe west, the leadership passed from Baghdad to Aleppo, Damascus, Cairo, Cordova, and Samarqand. But before that happened Greek scientific literature had made itself at homeamongst the Arabs and had begun a new and independent life in an Arabic atmosphere.The Greek material received by the Arabs was not simply passed on by them to others whocame after, it had a very real life and development in its Arabic surroundings. In astronomy andmathematics the work of Greek and Indian scientists was coordinated, and thence a very realadvance was made. It may be stated that algebra and both plane and spherical trigonometrywere Arab developments.

The Arabs were diligent in making and recording astronomicalobservations, and these not only extended what they had received from the Greeks, but checkedand corrected older records. The Arabs perceived the weakness in the Ptolemaic cosmologyand the new astronomy “of the thirteenth century tried to correct it, but in vain. It was not untilCopernicus that the solution was found. Not all Muslims approved of astrology. There were many who held that, as all events happen by the will of God, they could not be controlled by the stars. This was admitted, and by it camea modification of astrological theory in Orthodox Islam: the stars were no longer regarded as“rulers” as in pagan astrology, but simply as “indicators” showing beforehand what God hasdecreed. Still some theological purists objected, and astrologers produced apologetical worksto defend their science. But the Jews frankly recognized the stars as “rulers “on the ground of Genesis i, 14-16, which seems to teach that God set the lights of heaven to rule the earth, and inthis were followed by the Christians.In medicine the Arab physicians were careful observers, and their clinical records added muchto what they learned from the Greeks. They invented some new instruments and in all branches, except surgery, advanced medical knowledge. Surgery was hindered by theuncleanness contracted by touching a dead body, though that impurity could be removed by thegreater ablution. But there was a prevalent belief that the soul did not immediately leave the body at death, but remained in it for a period, and this caused dissection to be regarded as inhuman and cruel. From Aristotle, however, the Arabs learned the similarity in human andanimal physiology, and a certain degree of progress was made in comparative anatomy. But inmedicine, as in astronomy, much of their work was made obsolete by discoveries which theynever knew. Harvey's discovery of the circulation of the blood, and the knowledge obtained bythe use of the microscope, opened a new range of thought which threw Arab achievements intothe shade.

Yet for several centuries the Arab physicians were in the forefront of medical work and, as scientific progress has been continuous, their live work made its contribution not only by passing on what others had done, but by a very real development which enabled them to giveto succeeding generations more than they had themselves received.Arabic science flourished most in the atmosphere of courts. Scientists usually depended uponwealthy and powerful patrons. They appealed little to the average man, and this chiefly becausescientific and especially philosophical speculation was regarded as tending towards free-thinking in religion, and so "philosophers”were classed as a species of heretics. Ultimately the philosophers themselves partially acquiesced in this judgment, and adopted the view that theinspired Qur'an was well adapted for the spiritual life of the unlettered and simple, but the illuminated saw beneath the written word and grasped an inner truth which it was not expedientto disclose to the simple.Meanwhile, Islam generally had its own wise men, men learned in jurisprudence, tradition, andQur'an. These were universally respected witb, ungrudging esteem, such as was never renderedto the scientists who were only tolerated because they were under state protection. It very muchtempers our estimate of Arabic leaming to remember that scientific and philosophicalscholarship was confined to one privileged coterie.