The Planets in Early Greek Astronomy and Literature 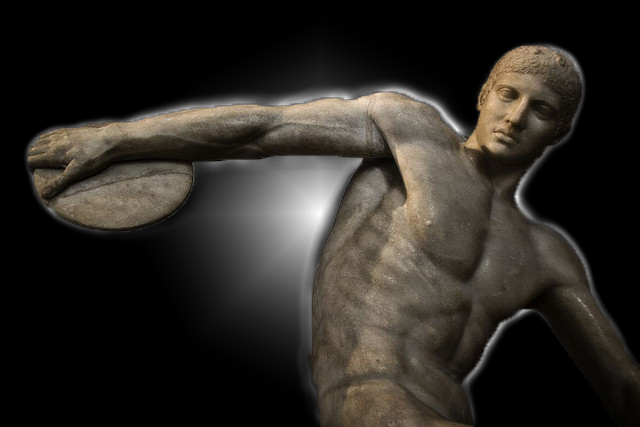 References to identifiable stars and constellations appear in the writings of Homer and Hesiod, the earliest surviving examples of Greek literature. In the Iliad and the Odyssey, Homer refers to the following celestial objects:


Hesiod, who wrote in the early 7th century BC, adds the star Arcturus to this list in his poetic calendar Works and Days. Though neither Homer nor Hesiod set out to write a scientific work, they hint at a rudimentary cosmology of a flat earth surrounded by an "Ocean River." Some stars rise and set (disappear into the ocean, from the viewpoint of the Greeks) others are ever-visible. At certain times of the year, certain stars will rise or set at sunrise or sunset.Speculation about the cosmos was common in Pre-Socratic philosophy in the 6th and 5th centuries BC. Anaximander (c. 610 BC–c. 546 BC) described a cylindrical earth suspended in the center of the cosmos, surrounded by rings of fire. Philolaus (c. 480 BC–c. 405 BC) the Pythagorean described a cosmos with the stars, planets, Sun, Moon, Earth, and a counter-Earth (Antichthon)—ten bodies in all—circling an unseen central fire. Such reports show that Greeks of the 6th and 5th centuries BC were aware of the planets and speculated about the structure of the cosmos.

The name "planet" comes from the Greek term planētēs, meaning "wanderer", as ancient astronomers noted how certain lights moved across the sky in relation to the other stars. Five planets can be seen with the naked eye: Mercury, Venus, Mars, Jupiter, and Saturn. Sometimes the luminaries, the Sun and Moon, are added to the list of naked eye planets to make a total of seven. Since the planets disappear from time to time when they approach the Sun, careful attention is required to identify all five. Observations of Venus are not straightforward. Early Greeks thought that the evening and morning appearances of Venus represented two different objects, calling it Hesperus ("evening star") when it appeared in the western evening sky and Phosphorus ("light-bringer") when it appeared in the eastern morning sky. They eventually came to recognize that both objects were the same planet. Pythagoras is given credit for this realization.The planets eventually received names drawn from Greek mythology. The equivalent names in Roman mythology are the basis for the modern English names of the planets.


Many ancient calendars are based on the cycles of the Sun or Moon. The Hellenic calendar incorporated these cycles. A lunisolar calendar based on both cycles is difficult. Some Greek astronomers worked out calendars based on the eclipse cycle.Eudoxan astronomyIn classical Greece, astronomy was a branch of mathematics; astronomers sought to create geometrical models that could imitate the appearances of celestial motions. This tradition began with the Pythagoreans, who placed astronomy among the four mathematical arts (along with arithmetic, geometry, and music). The study of number comprising the four arts was later called the Quadrivium.

Although he was not a creative mathematician, Plato (427–347 BC) included the quadrivium as the basis for philosophical education in the Republic. He encouraged a younger mathematician, Eudoxus of Cnidus (c. 410 BC–c. 347 BC), to develop a system of Greek astronomy. According to a modern historian of science, David Lindberg:"In their work we find  a shift from stellar to planetary concerns,  the creation of a geometrical model, the "two-sphere model," for the representation of stellar and planetary phenomena, and   the establishment of criteria governing theories designed to account for planetary observations". The two-sphere model is a geocentric model that divides the cosmos into two regions, a spherical Earth, central and motionless (the sublunary sphere) and a spherical heavenly realm centered on the Earth, which may contain multiple rotating spheres made of aether.
Renaissance woodcut illustrating the two-sphere model.

Plato's main books on cosmology are the Timaeus and the Republic. In them he described the two-sphere model and said there were eight circles or spheres carrying the seven planets and the fixed stars. He put the celestial objects in the following order, beginning with the one closest to Earth:

According to the "Myth of Er" in the Republic, the cosmos is the Spindle of Necessity, attended by Sirens and spun by the three daughters of the Goddess Necessity known collectively as the Moirai or Fates. According to a story reported by Simplicius of Cilicia (6th century), Plato posed a question for the Greek mathematicians of his day: "By the assumption of what uniform and orderly motions can the apparent motions of the planets be accounted for?" (quoted in Lloyd 1970, p. 84). Plato proposed that the seemingly chaotic wandering motions of the planets could be explained by combinations of uniform circular motions centered on a spherical Earth, apparently a novel idea in the 4th century.Eudoxus rose to the challenge by assigning to each planet a set of concentric spheres. By tilting the axes of the spheres, and by assigning each a different period of revolution, he was able to approximate the celestial "appearances." Thus, he was the first to attempt a mathematical description of the motions of the planets. A general idea of the content of On Speeds, his book on the planets, can be gleaned from Aristotle's Metaphysics XII, 8, and a commentary by Simplicius on De caelo, another work by Aristotle. Since all his own works are lost, our knowledge of Eudoxus is obtained from secondary sources. Aratus's poem on astronomy is based on a work of Eudoxus, and possibly also Theodosius of Bithynia's Sphaerics. They give us an indication of his work in spherical astronomy as well as planetary motions.Callippus, a Greek astronomer of the 4th century, added seven spheres to Eudoxus' original 27 (in addition to the planetary spheres, Eudoxus included a sphere for the fixed stars). Aristotle described both systems, but insisted on adding "unrolling" spheres between each set of spheres to cancel the motions of the outer set. Aristotle was concerned about the physical nature of the system; without unrollers, the outer motions would be transferred to the inner planets.
Αναρτήθηκε από Unknown